The people who make up the teams at REVAI have powerful stories. Stories of bravery and courage, of doing what they had to do to achieve their goals despite difficulties and complications. We value those experiences, and we celebrate that they have gotten to where they are thanks to their strength and power of will. For this reason, we decided to tell share stories, so that those who are in that same place know that someone else could overcome it.

We thank those who participated in this project, and we hope that we have done justice to their stories. 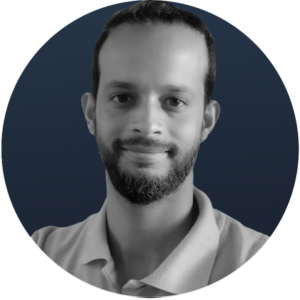 Tell us a brief introduction about yourself

Well, my name is Lianel Artiles Sotolongo. I am Cuban, I have lived here in Capital Federal for a few years with my family. I first studied for a Bachelor’s Degree in Physical Culture and Sports, and recently, a year or something ago, I started with programming. Now I’m here with REVAI, where I’m working in the development department as a Full Stack Software Engineer.

After such a journey, how and why did you come to your current profession? Why did you decide to train in the way you did?

I came to Henry through advertising. You know that the advertisements are listening to you, when I lost my job at the beginning of the pandemic I began to evaluate, as I always liked programming, to start studying it. I started out by watching some videos and things like that, and that’s when Henry’s Instagram ad popped up. I got in, started researching, signed up, did some tests, and started their Bootcamp, a kind of pre-course that has the classes already recorded. There you start to study and then take the exams. That pre-course took five months or something like that, quite intense, it required you to spend most of the day in front of the computer. Minimum twelve hours a day.

And those five months went on like this, studying, studying, studying. With many uncertainties, thinking about whether I would be able to do it, and so on. It was difficult, but the truth is that I learned a lot. More than anything, I learned to learn by myself.

These last two years forced us a bit to normalize this “remote studying”, in a somewhat strange context, from our homes. Was it very difficult for you to spend all that time preparing with Henry? All those hours in front of the computer can be exhausting.

It wasn’t exhausting, really. I can spend hours and hours with the computer. There are other issues that make it difficult,  such as frustration or the difficulty of what you are learning, uncertainty, or things like that. Fortunately, spending so many hours in front of the computer was not one of those.

What were, in your experience, the pros and cons of studying that way? What was it that led you to train from that platform?

The possibilities at first were to study completely alone or enroll in a university, but then Henry appeared, who proposed a virtual modality, and the ideal way for me to learn in the situation I was experiencing. It also gave me the possibility of, because of the way it’s structured, being able to pay for my studies later once I was working.

How did you find out about REVAI? What caught your attention about this project and invited you to participate in it?

It was all through LinkedIn. The CTO, Romina Cano, spoke to me, and I agreed to an interview, which went well for me so I stayed for the position. Since the Bootcamp, I already had a profile on LinkedIn, so it was all through the networks.

When I was studying I had already had some work-related situations, so I had experience in what it was to program, but the attractive thing was to take that exercise to a project in real life. Although REVAI is just getting started, and there is still much to do, it is a good-scale project with specific and complex technical demands.

If someone finds that they can train professionally with “non-traditional” methods such as the platform you mention, through opportunities like the one you had, what aspects do you recommend that they take into account?

First, you have to consider your own power of will. It is that will and the availability. It’s hard. And depending on the age, also on the kind of family you have, the situation is different. I also think that it depends on the capacity for self-learning: it was difficult for me personally to have to create my own schedule. For a self-taught person, this type of preparation is better. Just as Henry, there are other platforms from which people I know have trained there, and also had good training. Find the one which fits you the most. 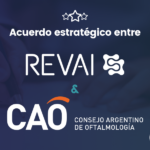 The power of taking chances: it is never too late to change your life